In the past few years the good people from Beirut Jam Sessions have been working very hard on nurturing the LIVE music scene in a city that is dominated by a large Dj culture. They have flown in foreign acts, dabbled with music festivals, and assisted local talents to rise and share their music with the world, making our city a brighter place. Thanks to BJS, we got to discover some very talented local artists and got inspired by international ones.

BJS is now celebrating 6 years! 6 years of concerts, filmed sessions, festivals and much more. We caught up with the man behind it all, Anthony Semaan (co-founder of BJS), for the full story. 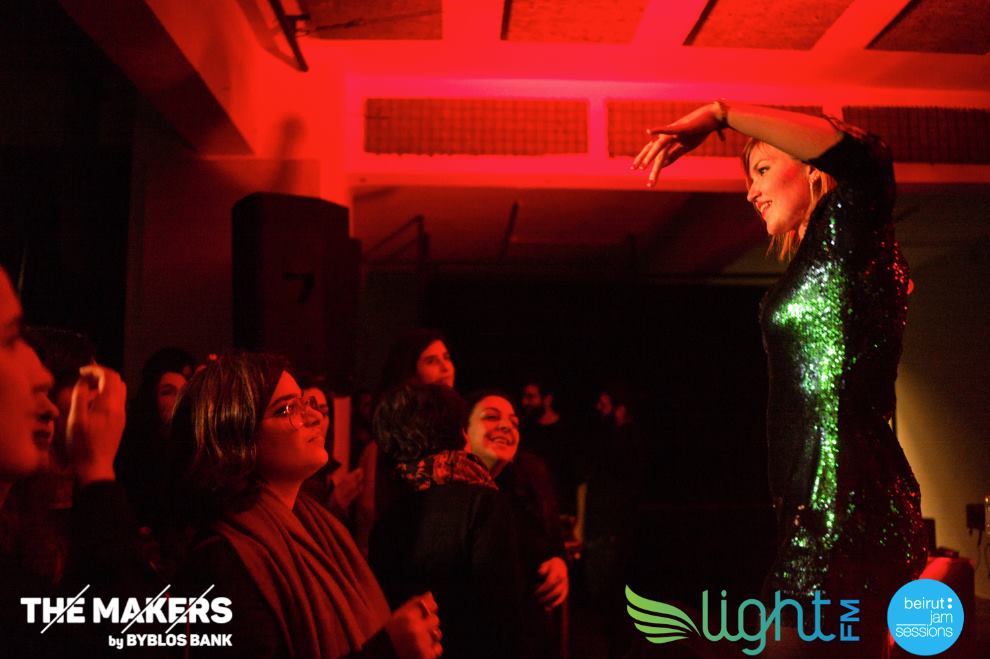 BBS/ First of all, congratulations on your 6 year anniversary! You’ve come a long way since Emilie Gassin’s show at DRM (and what a great show it was!), how many concerts have you organized so far?

AS/ Thank you! It still feels like yesterday when Emilie Gassin was in Beirut and we were still figuring out what on earth we were doing at DRM. It’s a shame that the venue closed down because it was a great place. Since then, we’ve organized approximately 50 shows. Most shows we have produced ourselves and other shows we have been hired to produce.

BBS/ Which one is your favorite? And which one would you rather forget?

AS/ There are many that stand out but my 2 favorite shows would have to be We Were Evergreen (February 2013) and Heymoonshaker + Chyno (June 2016). The energy at both these shows was fantastic, the band members became great friends and both shows were memorable.

The one I would rather forget – and it has nothing to do with the band (they are brilliant) but rather the circumstances around the show-  is Time For T (November 2015). A couple of weeks before the show there was a bombing in Burj Al Barajneh and half the members of the band decided they did not want to come to Beirut. So instead of having a 5 piece band, we had a 2 piece band and Pascal Semerjian from Postcards filled in on the drums. It was a really difficult time because we lost a lot of money that night and the show that was scheduled the following week (UK Rock band To Kill A King) also got cancelled for the same reason. So in the space of 2 weeks, because of the country’s situation, we lost quite a lot. The shows where something went wrong and those that were cancelled, tend to be the ones I remember the most because they leave a scar that you want to avoid in the future.

BBS/ You are also known for having produced brilliant short music videos, mostly shot in unconventional locations in a raw improvised style. How many jam sessions have you filmed?

AS/ I consider myself very, very, lucky that our team is made up of people that are absolute beasts in their field: Roy Jamhouri, Francois Monayer, Shadi Abi Shacra & Farid Salame. There’s nothing we feel we can’t do when we’re working together and that’s why we’ve filmed over 100 sessions featuring local and international artists for our channel and, sometimes, for other channels and brands.

BBS/ Some of these sessions (often collaborations between local and international acts) have been viewed hundreds of thousands of times on your Youtube Channel. You must be proud of that. Do you have a favorite one?

AS/ It is something we are indeed very proud of and we still feel we haven’t reached our full potential. We will get there eventually. So many of these sessions have been great moments for us. If I had to choose a favorite one it would be the most recent Yasmine Hamdan one we shot in December because it marked a turning point. It was filmed right after we had taken a hiatus to re-assess how we were going to re-launch ourselves, it was a new beginning. Taking that time off was vital and coming back with this video meant a lot to me personally. And the fact that it was with Yasmine Hamdan made it even more special. We have all grown and developed ourselves even though we’ve been pretty much the same core team from the start. 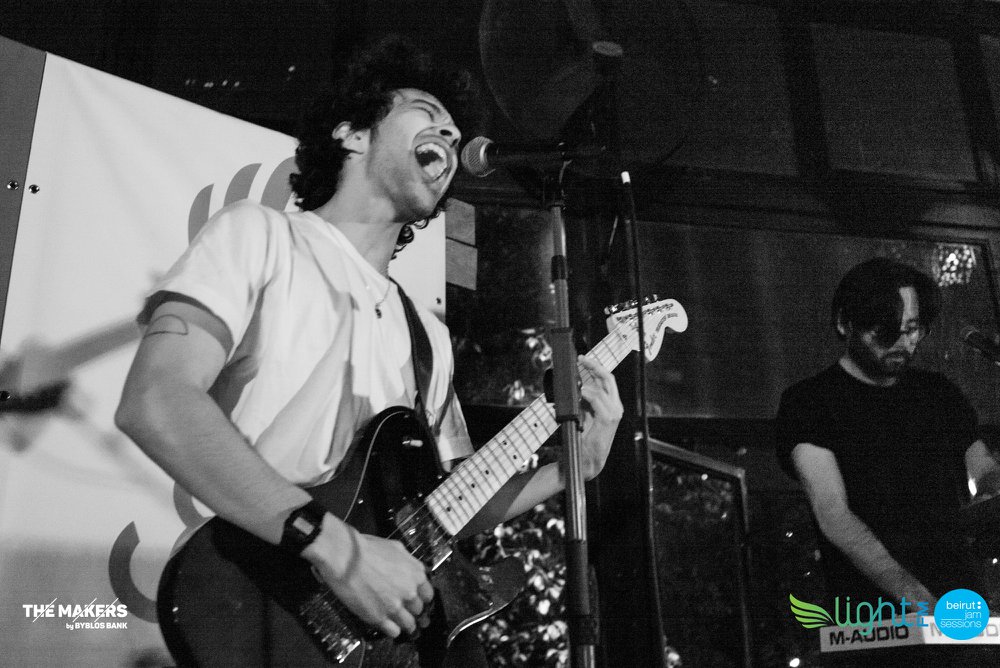 BBS/ Is there a jam session that did not go as planned?

AS/ Yes! There are quite a few that did not go as planned. That’s actually what makes the sessions we film so special. Whatever we imagine, very often, does not go according to plan. The session we filmed with Kid Francescoli in January this year, we haven’t been allowed to release yet.

BBS/ Could you tell us why?

AS/ Let’s just say the content caused some controversy with their management so we decided to hold on to it. Hopefully we will release it in the future!

BBS/ Could you share with our readers the most surprising thing that’s happened to BJS?

AS/ In 2014 when Joss Stone was coming to The Beiteddine Festival we reached out to the festival (about a month or so prior to her arrival) to ask if we could shoot a jam session with her. The festival explained that she was on a tight schedule and that there would be no time – which is understandable. However, a day before her arrival, I received a phone call from Joss Stone herself (which was already a shock and I still have no idea how she got my number in the first place). She requested a couple of hours with us to film a session and she chose Karim Khneisser as the local artist she wanted to collaborate with and, to top it all off, she had even learned his song ‘Walahi’. The result is a great collaboration and an unforgettable day.

BBS/ You use to manage local bands and organize international tours, why did you stop? And do you plan on managing other bands in the future?

AS/ Beirut Jam Sessions, in terms of managing artists, was a one-man job that I used to do. I can say I was fortunate to work with fantastic musicians who became family. But it was very difficult to joggle managing bands and trying to organize shows and film sessions while building my own career path. It is a full-time job that takes time and financially it was difficult to sustain. I stopped at the end of 2016 and it wasn’t an easy decision for me because of how much I enjoyed it and how attached I became to the different people I had worked with. But today, when I see how all these artists have developed, I know it was for the best. I would like to imagine that one day I’ll get into managing artists again, but it won’t be anytime soon.
BBS/ What is your best memory from being on tour? And what is the worst?

AS/ To be honest every tour I went on with Postcards during my time as their manager was a great memory for me mostly because of who they are. Our first couple of tours in Portugal in 2015, notably the second one, will always be my favorite. We met some really fantastic people and had a blast travelling around the country. The shows were all really great.

As for the worst, I can laugh about it today (and I’m sure they can too), was when I was managing The Wanton Bishops during their 2014 Euro tour. We faced so many difficulties in terms of logistics. It was a nightmare to deal with, not to forget the added pressure of a label expecting you to deliver.

BBS/ How much has the local music scene changed in the past 6 years? And how has BJS contributed to that?

At the time, online content didn’t need a budget, so the viral aspect was easier and we got moving very fast thanks to that. We helped put some bands on the map and develop the scene in some way – but then again so did others in the country. We are far from being the only ones

Today, the local scene has changed. Whereas a few years back you felt there was a rise in talents across the city, today you feel like the buzz and the interest have faded. There are so many reasons that have slowed down the music scene, we could dissect them, but that would be a whole other discussion.

BBS/ Does the local scene face the same challenges as it did when you started?

AS/ The biggest challenge for local musicians is living off their music. You have those who play cover songs in bars who are making a decent living for themselves and you have those who know that to “make it” you have to write your own stuff – which automatically, in Lebanon, becomes less interesting for the regular crowd. This then leads to artists understanding they have to travel and tour and so on. It raises the question – what can a local artist do to live off his/her music and reach a wider audience without having to fly halfway across the world? I think the bubble that was thriving a few years ago has now burst. But it’s a cyclical thing and the interest will return again.

BBS/ Which local band has, in your opinion, potential to grow and make it big outside our borders?

AS/ There are lots of acts that toured abroad. Touring is one thing, making it big is another. All of them have the potential to make it big, whether it’s Postcards, The Wanton Bishops, Who Killed Bruce Lee, Chyno or others, the potential is there especially as they’ve now gained experience from performing in front of different audiences in different countries. But to make it outside our borders, few have done it and their experience could be used as a benchmark for others (not necessarily musically, but mostly in their approach).

BBS/ This year, you have partnered with Light FM to organize a series of concerts. Tell us more about this collaboration, and why you chose to work with them now?

AS/ Light FM has been a big supporter from the start. Whether it was getting our artists on air, interviewing them or as our radio partner – since Emilie Gassin, they have been by our side. But it was never a work relationship, it was more based on friendship. This year we decided to take it up a notch by partnering with them properly for a series of 5 shows throughout the year and, so far, it’s been great! We’re halfway through (after Kid Francescoli, Adam Naas and Elephanz) and we have another 2 coming up. The next one (our 4th event together) will be held on June 7th with Broken Back at Gardenstate. (tickets here)

BBS/ What do you look forward to? What is your benchmark for success?

AS/ Other than being financially stable and sustainable (which is what every project and person aims for in some way), what matters the most to me is credibility and track record. If we can become a reference in some small way when it comes to live music and filmed sessions in the region, then I think we’re on the right track. As opposed to a few years ago, we don’t dwell on our failures or praise ourselves for our success, we just want to get the job done as best we can and keep moving forward, growing and developing. There is no benchmark yet.

BBS/ So where are we celebrating this special 6 year anniversary?

AS/ We’re celebrating at Gardenstate, with Light FM, on June 7th by showcasing Broken Back, the french indie-pop artist. For me, it still feels weird to think that we’ve been working on shows for 6 years. It’s been such a rollercoaster ride and there is still a long, long, way to go.

Music
Posted on December 31, 2019
Tribute to Lebanese composer and songwriter Rene Bendali who recently passed away at the age of 70. Rene Bendali and The Bendali Family were...