Michael is a professional athlete, inspirational speaker, adventurer and environmentalist. 75% of his body has been completely paralyzed since the age of 6 due to a spinal cord injury, yet he amazingly endures obstacles and holds world records in walking and climbing.

On October 24, 2013 he carried a cedar tree from the cedars Forrest of God in Bsharré and walked 19 Km (60 000 steps) carrying this cedar as a message of hope and unity, to raise awareness about reforestation.

He climbed the iconic Raouche Rock in 2014 to raise awareness about Water pollution and Marine Life Threats.

On March 8, 2015 he broke a world record by climbing the Black Summit or Al Qornet El Sawda – the highest point in Lebanon and the Levant, 3,088 meters above sea level, assisted by the Lebanese Army, raising awareness on Climate Change. He is currently planning to cross 100 km of the North Pole for climate change!!

A few days ago, he was a keynote speaker at the French National Congress highlighting the importance to follow, act and endorse the UN vision of 2030 and especially climate change action.

His body is supported by a non-robotic exoskeleton that stabilizes him so he can push himself forward. This technique has triggered medical and engineering research hoping to help others with similar injuries.

Michael not only fights for the rights of the disabled but serves as an inspiration to all. He believes in turning disability into distinctive ability and changing inefficiency to high performance.

Michael, we are with you every step of the way! 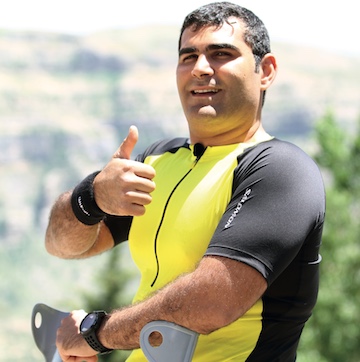 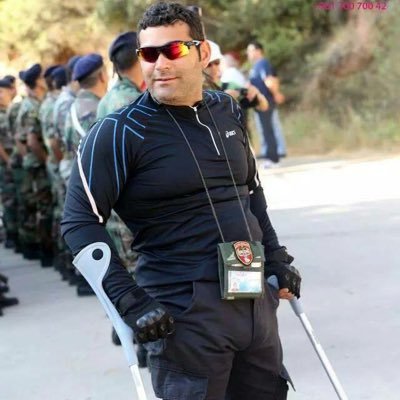 Social
Posted on December 26, 2019
Check out Reem Akl’s article (here) where she shares a list of projects that have a positive and meaningful impact for communities in Lebanon....

Food , Social
Posted on November 14, 2019
At Beirut’s Bright Side, we strive to show the positive, the small initiatives making a big difference, the passionate people, the believers, the patriots,...
Get bright news in your inbox!